So I have a bunch of friends that I still hangout with from middle school, one of them had a birthday pretty early on in the school year. The rest of us decided to buy her a ticket to John's Incredible Pizza for a birthday party trip. We all got presents and gave them to her on separate occasions, I gave her mine during the trip to the pizza place. When we got out of the car, she was questioning if we were banned from the place because of the mess we made last time we went there, but we didn't see a banned-from-entry poster with our faces on it in the front so we just entered and hoped none of the staff recognized us.

We went to go eat first since none of us had lunch yet, I was hanging out with three friends, two of them(including the birthday girl) got insane amounts of food that unfortunately was wasted a bit. One of my friends, who got a pile of food, made a mess by mixing our leftovers and making artificial throw up(we surprisingly didn't have that many leftovers.) Then we left to go play some games. I sat with the friend who made the mess, she was playing some type of shooting game and was exploding a truck of some sort. Seconds after I sat down the screen went black, and she said,"I think we broke it." 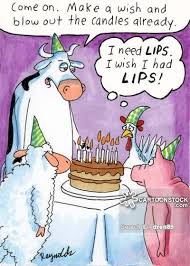 Pretty sure we did, we left and joined the two others who were trying to play a minigame in order to play the claw(you had to beat the minigame in order to play the claw) they were doing good but the ending messed them up. The ending was stacking one block on one block, the blocks move from side to side and were progressively getting smaller and faster. We left to play some other games, mine and another's game cards weren't working. We would swipe to play but mine would only work sometimes while her's barely worked, so we didn't use hers but we tried. We ate one last time and my birthday friend got ice cream, then in the middle of her second cone, she told us she was lactose intolerant. The bathroom never had a longer wait time.

At the very end we gave my birthday friend all the game cards and she got all of us something because she felt bad getting something for only herself, even though she was technically supposed to get herself something. We left to go explore the stores in the mall the pizza place was in. We first went to TJ-Max but we didn't find anything there and they closed the mall entrance so we had to go outside and all the way around to enter the mall again. Then we went to Sears, where we definitely should've gotten kicked out.

So first, I went with my game-card friend to explore the store, we quickly realized that maybe it wasn't the smartest idea to leave those two together. We spent the next five minutes searching the bottom floor where they were at, those two decided to play a game of hide and seek. They were eventualy found out, by us, and we messed around with the mattresses and pillows downstairs because there was literally no one there. After all that, we got lost and eventually found each other. My game-card friend(I'm going to just keep calling her that) was waiting in line to get her brother a birthday present. Our birthday friend(who was also the lactose intolerant girl if you didn't know) decided to HIDE UNDER a table that held folded clothes near the line towards the cash register.

The friend who made the mess was sitting next to an outlet charging her phone and having a conversation with my birthday friend, who was under a stand of clothes eating another ice cream cone, who was like twelve feet away from her. She was talking and a man came by, but he couldn't find where the voice was coming from and it was something you had to be there for. She told us that if we got caught to tell them that she was a special-ed student or something. We really should've gotten in trouble for that, it was still funny.